2020 on track to be one of three warmest years on record | World Meteorological Organization (wmo.int)

2020 may be third hottest year on record, world could hit climate change milestone by 2024 | | UN News

you will know these latest most alarming news about ongoing massive and encreasing slash and burn-devastation against the Amazon rainforest.

The arsonists go on to slash and burn

So this UN-appeal policy most obviously does not work!

As Bolsonaro is still promoting to industrialize the Amazon area by land grabbing and destroying, still promoting the draft law 191/29 and still massively reducing the power of the brazilian ministry of environment to stop them prosecuting the arsonists to protect the Amazon, much more than UN-appeals have to be directed to him to stop him and his helpers.

And you will very clearly know that the international law does provide even two most powerful instruments which just need to be activated by you:

So it is your highest duty as UN Secretary-General to without any further delay proclaim with all your power that the Paris Agreement is a new „ius cogens“ which has to be implemented with absolute priority and that the International Criminal Court is most urgently oblidged to prosecute Bolsonaro and others as well as their helpers of crime against humanity and genocide.

For this proclamation you have been asked several times within the last three months to organize an Emergency Special Session of the UN General Assembly to decide a most efficient Emergency Resolution.

So please do this at once before it is too late.

Because if it is already too late to save the Amazon rainforest and so to save whole mankind, this whould be your personal fault!

So whole mankind would blame you for not having proclaimed the right international law instruments in time to save the world !!!!

Don`t hessitate any longer to act!

as you all know: If the deforestation of the Amazon Rainforest continuous by only one further percent several tipping points of our climate will occur = point of no return for climate change. In short: The Evapotranspiration system gets lost (ability to self humidification) [1], ? earth's biggest CO2 sink disappears[2], ? quick enough shut down of CO2 emissions to stop global warming won't be possible anymore [1][2][3][4]

This causing is global genocide according to article 6(c) Rome Statute and crime against humanity article 7 (1)b Rome Statute! Fatou Bensouda and Amal Clooney: Please publish an official statement in the name of the International Criminal Court, start an investigation and implement protective measurements (Art. 68 Rome Statute).

Emergency Special Session to Save our World 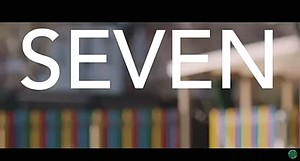 BlackRock calls for stepping out of coal - text passage cut out

Open Letter for Future to COP 25

Open Letter for Future to COP 25

Dear cultural, economic and juristical global Establishment as well as Fridays for Future.

We all know that this is the very last UN-Conference of the Parties with the chance to successfully save our planet and to save mankind from global extinction by the just starting climate catastrophe.

We all know that only the most ambitious fulfilling of the Paris Agreement by all governments, industies and finance

will keep the global warming on the level of 1,5°C and so stop the climate catastrophe, the destruction of global life fundaments and extinction of mankind.

And we all have experienced that all our begging for climate action to governments, industry and finance has been mostly in vain.

If we don’t find out the reason and if we don’t fight this reason at once with full power, our planet will very soon heat up to 3, 6 and much more degrees and so every single person of mankind will starve to death, die by overheating, commit family suicide, commit terroristic acts, start wars or/and be slaughtered within an increadible apocalypse - without any survivors.

So we may find the reason, if we look at the main findings of the new and first

„The continued expansion of fossil fuel production – and widening of the global production gap – is underpinned by a combination of ambitious national plans, governmental subsidies to producers, and other forms of public finance.“

„This hinders the collective ability of countries to meet global climate goals, and it further widens not just the production gap, but the emmissions gap as well.“

These trade agreements as well allow industry to „press and sue“ nations to avoid climate protective measures. But as the Paris Agreement has the highest degree of international law (ius cogens), all minor and opposing trade agreements (and Art. XX GATT) have to be judged invalid (Art. 53 VCLT).

As a result even the most ambitious official nationally determinded contributions (NDCs) – and as well the planned agreement of an international CO? emission price – will be neutralized by the inofficial governmental and financial support of massive expansions of fossil fuel (and other) industry for short-term huge neoliberal profits and for long-term and meanwhile soon extinction of mankind!

This massive acting against the Paris Agreement will cause the extinction of mankind.

As bitter but crucial, existential and global economic consequences

the Delegates of the COP 25 should

1. stop begging governments, industry and finance to start serious climate action but
2. start pointing out the most serious impact of international criminal law of genocide by not fulfilling the Paris Agreement and
3. start official investigations against these governments, heads of fossil industry (and others)
4. call the International Criminal Court (ICC) for immediate action against global genocide
5. call all governments, industry and finance to stop supporting and funding fossil fuel, fossil cars, beef, soy, agro, agro chemical and deforestation industry
6. officially declare the Paris Agreement a new „ius cogens“and
7. ban all Paris Agreement blockading EU- and WTO-trade agreements
8. call all governments, industry and finance to start most ambitious climate action to fulfill the Paris Agreement to save mankind
9. declare the change of global economy system from most destructive neoliberal economy not to a „European Fake Green Deal“ but to a most constructive and climate protective „New Planetary Deal“ 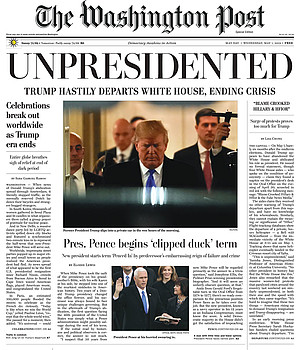 please support and post this Call for Boycott globally:

To protect the Brazilian Rainforrest as "Lungs of earth"

we call out a

There must be an absolute end to massively destroying the Brazilian Rainforrest just for expanding brazilian beef and soya as well as german and european car and agro chemical industry and profit.

There must be an absolute end to massively destroying global nature and the natural base of living for mankind just for the profit interests of big industry, big oil and big money.

Stop MERCOSUR at once!

Bolsonaro to be arrested

To the high judges and general prosecutors of the International Criminal Court (ICC).

You have the charge of crime of global genocide by Jair Bolsonaro by planning to destroy the brazilian rainforrest as „lungs of earth“ on your desk since 3rd of december 2018.

If you would have taken action since then, the absolute desastrous burning of the brazilian rainforrest – arranged and fueled by Jair Bolsonaro and the brazilian agro industry – could have been prevented!!!

So you at least now are obliged to start your action most immediately and effectively!

People of all over the world are watching - and waiting for your action!

Without any more hope for any survivors

and to all members of the IPCC, the Club of Rome, Science for Future and Fridays for Future.


This is an appeal to at once convene and constitute a

it is absolutely high time to convene and constitute an international council of climate scientists and green economists, the

Please contact the board of the IPCC and the Club of Rome, organize within next weeks the first constitutional meeting of the Planetary Council for Climate Emergency Action (PCCEA) and contact the UN General Assembly and the UN Secretary General, António Guterres, for substantial support and approval. 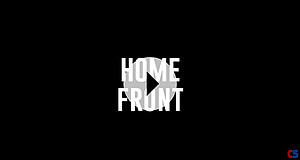 „What Lies Beneath. The understatement of Existential Risk“ (externer PDF Download)

The UN General Assembly for a most effective protection of global mankind judges that massively boycotting, ignoring or acting against the UN Climate Agreement of Paris and its rules to decarbonize and to change industry to renewable energy as soon as possible by leaders of governments, industry or investment funds would be seen and charged as committing global genocide and/or global crime against humanity*

GroKo: Don't be too late

How we can make the world a better place (youtube)

Three years to safeguard our climate

"The UN General Assembly for a most effective protection of global mankind judges that massively boycotting, ignoring or acting against the UN Climate Agreement of Paris and its rules to decarbonize and to change industry to renewable energy as soon as possible by leaders of governments, industry or investment funds would be seen and charged as committing global genocide and/or global crime against humanity."

Singapore set to have 'green FTA' with EU (youtube)